A Personal Remembrance of John Lennon 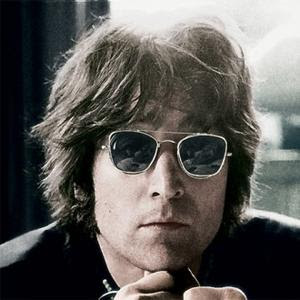 John Lennon’s birthday passed recently. At readers' requests, I am re-posting a personal reminiscence I wrote five years ago for this blog. The story relates, in a woo-woo way, to the paranormal memoir I’ve been unfurling over time, "At Home With a Ghost," 55 chapters in all by now. (Those who are coming to this serialized memoir for the first time, you can read the complete opus to date by clicking here.)

Regular readers of this saga will remember that in 1974, when I was 27, I visited a psychic named Frank Andrews (see chapters One, Two and Three). I was being troubled by a spirit presence in my parents’ house, and Frank helped me learn more about the ghost’s identity.

It was in this same year that I was dating singer-songwriter Harry Nilsson, off and on. John Lennon was in his “Lost Weekend” period, and also producing Harry’s “Pussy Cats” album. I’d met John before, when he and Yoko moved to New York, so I already knew him. John and Harry were stoned to the eyeballs whenever I saw them. The L.A. recording sessions were reportedly a zoo with the cages open.

They both came to New York to mix the record, checking into a two-bedroom suite at the Pierre Hotel. To clear his head for the work, John was trying to get a handle on his over-indulgence, and even Harry went on a fast (which he ended after 24 hours by ordering up a double Brandy Alexander). John was also trying to get back with Yoko. He was on his best, subdued behavior when she came over to the Pierre and the four of us sat down to a room-service dinner.

John and Yoko seemed rather tentative around each other, so I tried to fill a silence by telling a story that had taken place only a few nights before. I’d been eating at a sushi bar next to an exquisite young Japanese woman by the name of Maiko who struck up a conversation with me. For some reason she confided in me that she was Mayor John Lindsay’s mistress.She described their trysts at her apartment, whose high picture windows looked down on the glittering Manhattan nightscape. Lindsay would stand at the window and tap-dance, stark naked except for hat and cane, laughing with glee at the city he owned.

At one point Maiko suddenly remarked, “Sometimes I am psychic, and I have a feeling that you will be famous.”

I responded: “That’s funny, because a professional psychic just said the same thing to me.”

“Oh yes,” she said, with a weird confidence. “You mean Frank.”

How could she have known that? I wondered to Harry, John, and Yoko, then continued to describe my visit to Maiko's apartment, when Yoko interrupted to demand the name of the psychic. She wanted to see him. Immediately. (She was addicted to soothsayers.)

So I put her in touch with Frank. Yoko went to see him alone; John was too afraid to go (he went later, though). The next time we all had dinner, she reported that Frank had impressed her hugely with his predictions. The one that struck her the most was a cryptic statement about John: “He sleeps in blood.”

She and John had discussed the meaning of Frank’s words, and both decided he was seeing something from the past, not the future: the blood referred to the miscarriages Yoko had suffered when they'd been trying in vain for a baby.

The image returned to me six years later, when I heard that John had been shot and killed. I pictured him the way Frank must have seen him: lying in his own blood, as if asleep.

‘Night, sweet prince. And flights of angels sing thee to thy rest.